Sandy is the youngest in the family. She is known to be "rough" like Eep, she has red hair and peach skin the two share a resemblance. Sandy is unable to talk and instead bites and growls although her first words turn out to be "Dada"(as in a child's word for dad) and "Whee!". Sandy isn't known for her cuteness, but her constant biting of family members and creatures. The family used her as a weapon during a hunting trip once. She is comforted by Krispy Bear, who is formerly Eep's toy.

The youngest of the Croods, four-year-old Sandy is as feral and vicious as a baby wildcat. In a dangerous world full of creatures trying to take a bite out of her, Sandy is not afraid to bite back. If she does bite you, make sure to check for rabies at your local hospital.

Sandy has big dark brown eyes, and two buck teeth. She wears a paw as clothing, and has two pigtails secured with millipedes. Her nose is also quite large. 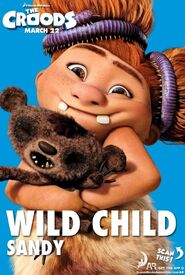 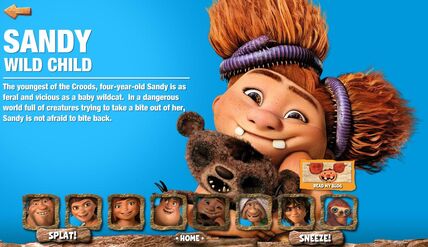 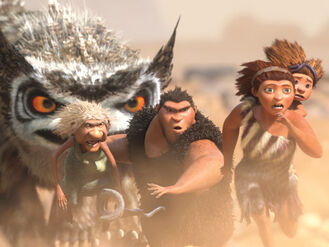 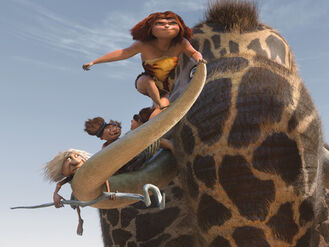 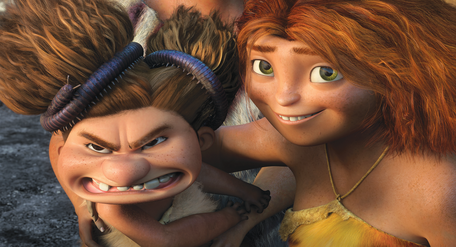 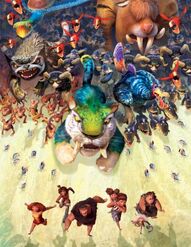 Add a photo to this gallery
Retrieved from "https://the-croods.fandom.com/wiki/Sandy_Crood?oldid=10102"
Community content is available under CC-BY-SA unless otherwise noted.